What Deadlifts Taught Me About Life

Turns out, that was 60kg right there. At the time, I weighed about 50kg.

As I sat down in sheer amazement and a lot of exhaustion, I wondered how I got here and what the hell just happened.

You see, 2019 was a grueling year for me. Work was incredibly challenging with my leadership skills stretched like never before. I also lost my furbaby and best friend, Shandy, to cancer. To top it all off, I learned that we had finally found a new office space (yay!)… but it was a building right next to the place that is the mother of all my trauma triggers.

Oh yeah, it was swell.

But as I sat on that bench, I drew a lot of parallels between deadlifts and life. In typical Xinch fashion, I went home and wrote a journal entry about it.

To commemorate my return to the gym grind in a post-lockdown world, I thought I’d share it with the 6 people who read my blog.

1. It never gets easier.

The first time I managed 12 reps of 30kg deadlifts with good form. Nick cheered. And then piled on another 5kg. In a couple of seconds, I was right back at 8 reps. This would sum up our entire relationship. It is a constant cycle of “Is it ever going to get easier?” “No. Get used to it.”

Once your body acclimatizes to a certain weight range, a certain number of reps, the only way to continue to develop muscle and build more strength is… to go up.

Leveling up requires an increase in intensity and difficulty.

I’ve surmised that this applies not just to biceps, glutes… but also life.

School gets progressively harder. Relationships don’t end with happily ever after, they actually get more challenging as time progresses. To get that promotion, that increment – you’re going to have to do more/take on more/solve more challenging problems.

If you’re committed to growing, to learning, to mastery – it’s not going to get easier. So stop expecting it to.

2. What is your inner voice saying?

Before the Tale of the 60kg Deadlift, there was the Saga of When Xinch Chickened Out.

Obviously, I didn’t start off with 60kg (which is 20% more than my body weight). First, I had to break the barrier of deadlifting the equivalent of my body weight.

First time I had to do it, I couldn’t even lift the bar off the ground. I chickened out.

Nick told me to take a step back, then come back to the bar, breathe, and focus on my basics – brace my core, feel the floor through my toes, and just… lift.

I’d like to say this had a triumphant ending. It didn’t. I was so in my head, I could not complete it.

I eventually managed it in the sequel the following week titled The Time Xinch GTFO Of Her Own Head.

Yes, it was tough as shit. But it was way more impossible in my own head. I had to overcome this barrier that kept saying “OMGWTFBBQ IT IS SO HEAVY.”

That internal monologue essentially weakened my arms, my legs. It told me “No, you can’t do it. It’s too much.”

That’s the same inside voice that tells you to freeze. Go back. Stop.

Millennia of evolution has prepared this voice for one thing, and one thing only: PROTECT! AT ALL COST!

But it’s 2020 and I’m living in the city. We’re not fighting tigers and lions here. Often, the voice isn’t really protecting you from anything that’s truly endangering you. So it’s important to really evaluate where it is coming from and what purpose it’s trying to serve.

Then acknowledge it, and move on.

Take a breath, compose yourself, brace your core (because hard stuff requires a good center), and just lift.

Getting back into the grove post COVID19 lockdown at Nick’s gym, Thrive

And bonus lesson – if it doesn’t work the first time, don’t beat yourself up over it. You can always come back and try again.

And I know my journey with fitness. It always starts the same. The first 3 weeks, it’s all “I got this!” and then the excuses will start hitting.

But, if there’s one thing you and I and everyone else have in common, it is that there is a humongous part of our lives that we simply have no control over. What matters is how we show up in spite of it.

Like the crazy I am, I identified my usual objections and decided to methodically omit them from my life.

And when my work travel ramped up to almost once a month, I decided to take my movement on the go with me. Nick would send me screenshots of workouts I could do in my room or in the gym just to keep the momentum going.

Actual workouts sent to me via Whatsapp for when I was away or in lockdown.

Today, I do all I can to not miss a workout session. I legitimately feel “off” if I haven’t worked out or exerted myself physically all week.

But first, you gotta show up.

Then keep showing up.

4. Don’t be afraid to ask for help

Thanks to my parents’ obsession with all things sporty, I grew up a firm believer in coaching. Sure, you can teach yourself stuff. But if you’re interested in adopting the best form, minimizing mistakes, and shortening the learning curve – coaching is the way to go. For me, coaching has also helped hold me accountable to… a ton of my goals.

I’ve invested in some form of coaching for most areas of my life. Trauma therapy when I realized that my PTSD seriously affecting how I function (yes I consider therapy under a coaching umbrella), executive coaching when I accepted a leadership position in a fast-growing startup, life coaching in various seasons of my life, etc… so it seemed almost like a no-brainer to be coached physically as well. Enter, Nick.

Only a coach could somehow trick me into signing up for a Viper Challenge in 2018.

There are other ways to get help if you can’t afford a coach. There are friends, accountability partners and mentors you can engage. There are books.

But it always baffles me when someone is willing to put money into diamonds, expensive bags, or gadgets… and not themselves.

But these lessons aside, the greatest gift working out consistently has given me is energy, mental clarity, and the belief that my body can do a lot more than my mind thinks it can.

Growth is hard stuff… and it rarely ever gets easier. All we can do is keep showing up. Listen and keep our inner voices in check. And know when to ask for help.

Because we can’t do everything alone. 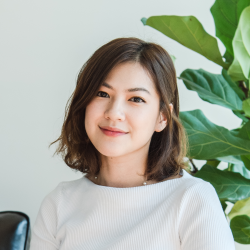